Vancouver (pictured right; the Digital Orca is an acclaimed sculpture by Douglas Coupland) is  joining the Smart Cities Challenge: 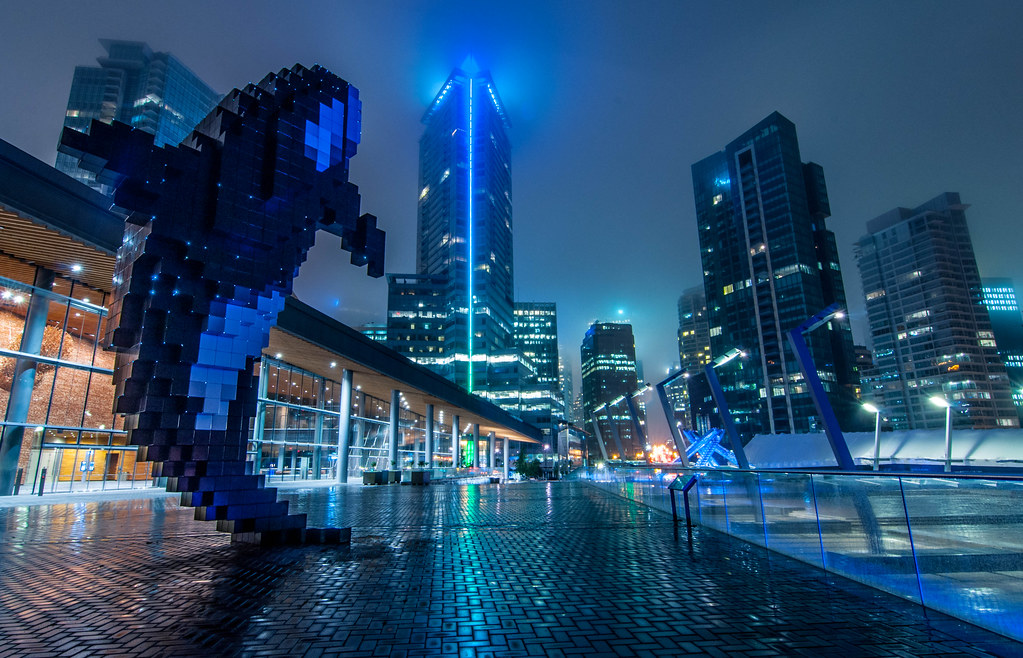 “The City of Vancouver is competing for $50 million in the Government of Canada’s Smart Cities Challenge . The competition recognizes Canadian cities that use data and connected technology to address local issues.

Smart cities have the potential to improve all aspects of livability and opportunity in a city: how we move around and communicate, our environment, and more.”

You can read about the Smart City Challenge here, it’s a good introduction to what becoming a smart city entails.

Cities are inevitably becoming smarter; the question for Vancouver is whether or not the government needs to lead the charge, or whether the people’s organic interaction with ICT will lead to a self organized smart city.

The following comments and notes are in response to a debate in the Economist: Are smart cities empty hype?

The debate, almost word for word, could have been about implementation of OER.